The Importance of My Mood Stars for Early Years boys

Get a grip lad! Only girls cry! Don’t be such a sissy!

Even before our fathers were born, men weren’t considered men without that stiff upper lip mentality.

Isn’t it a wonder that more men than women have such a hard time dealing with emotions?

Coming down from generation to generation, men have had to fight the urge to cry and instead, “be a man.”

And it is the stiff upper lip and boys don’t cry culture that I want to help eradicate with My Mood Stars.

It was the highly talented and far too soon taken from us James Dean who was the first man I remember seeing as a troubled teenager cry in the film East of Eden. 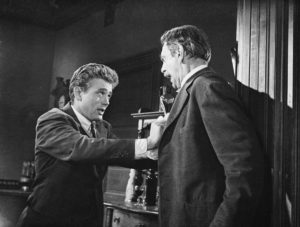 I remember my father twitching uncomfortably as he watched the incredibly poignant scene,

but I thought it was the most beautiful and touching thing that I’d ever witnessed.

He took his life

I was one of five – I had a twin brother.  Back in those days, I was born in 1959, boys weren’t “allowed” to show their emotions. If my twin brother cried – he was hit, if he cried for being hit, he was hit again. He took his life at 21 years old.

Today, he could have been saved. If I knew what I knew now, I could have saved him.

In those days the men ruled with an iron rod and woe betide any wife and mother who was about to question her husband’s actions.

Today, we would like to think that women would have a predominant feeling  to kill whoever struck a blow to their children, but even now there are horrendous examples of domestic abuse where women are just too afraid to stand up to the men who have complete and utter control of their lives.

“In the UK, men remain three times as likely to take their own lives as women” says the Samaritan’s report of 2018

Why is this? As I’ve noted earlier the stiff upper lip, boys don’t cry, etc. has a lot to answer for. 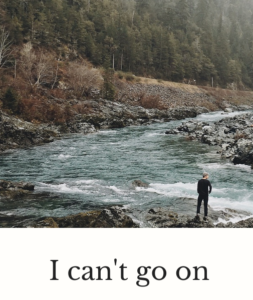 And If emotions are repressed and showing weakness is a sign of being unmanly, if strength is the only attribute that a man can show, then when times get really tough and stiff upper lip alone won’t cut it, the only remaining option is to give up altogether.

This is reassuring news and I believe that it is due to an upward trend whereby young boys are being allowed, if not encouraged by friends and family to display their emotions without any stigma attached. Also there is a lot more education surrounding Mental Health and therefore, teenage boys have more opportunity to talk to a counselor.

However, recent statistics show that only 27% of people who died by suicide between 2005 and 2015 had been in contact with mental health services in the year before they died.

Because Mental Health issues are so prevalent, if you speak to most young parents today, they will say that they don’t see any harm in letting boys show their emotions.

Hopefully, this will have to impact on the number of men committing suicide in the future.

I notice a lot more teenage boys hugging each other rather that offering a hand to shake.  This is a great step towards emotional well being – why shouldn’t boys hug each other?

However, there are still those few boys who are made to feel ashamed either by family, peers or friends if their emotions run high and it’s that suppression that I want My Mood Stars to help with at a very early age. Let me demonstrate what I mean…

Little Freddie arrives at school and he is not his usual self. Something is going on but when questioned if all is O.K, Freddie shrugs and says “I’m fine.”

Enter My Mood Stars at Circle Time. The eight plush Stars on their own My Mood Stars board, are passed around each child like pass the parcel. 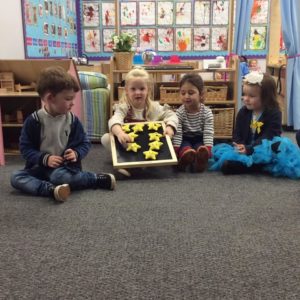 The Stars stop at Hannah.

“How are you feeling today Hannah?”

The Stars stop at Jamie.

“How are you feeling today Jamie?”

“Well, I’m feeling a bit worried because my sister had to go to the hospital today.”

How much easier is it going to be for Freddie to share his thoughts and worries with the class if they are all sharing their feelings before him?

My Mood Stars, whether due to their sensory aspect, hand-sized shape, non-gender/culture/age specific appearance being used in a group, or a one to one encourage children to identify emotions, not only theirs, but those of others which is so important for children with ASD.

I would like to see My Mood Stars in year 3 and 4 classes.  Encouraging our older boys, at that precarious age, to carry on wanting to share and talk about their feelings so by the time they get to year 6 and 7 it is becomes the norm.

Allowing the speechless to communicate

This provision offers support to a child, in an early years setting, who is experiencing difficulties with their speech, language and communication. The children are referred to ECLIPS through the Early Years Forum and the Early Years Inclusion Team.

The ECLIPS team liaise with the children’s  community speech and language therapist (if they have one), who set targets that ECLIPS will work on.

One of the ECLIPS team contacted me a little while back to say that they presented a set of my Mood Stars to a young boy who had been referred to the team. The child, who had severe speech and language problem,s was able to communicate to the team member through using My Mood Stars, that he was being abused.

That little lad is safe now.

The My Mood Stars book

The My Mood Stars book is another way of encouraging boys to talk about their emotions. 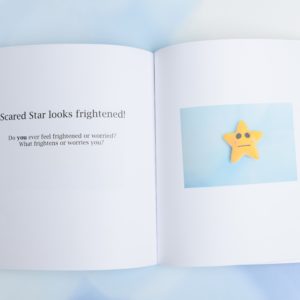 A real cuddle up with Mummy or Daddy, Granny or Grandad book, and an opportunity to share how each other is feeling. It’s just as important for you to share your feelings as it is for your young boys to share theirs. And if they are just not in the mood to talk, the My Mood Stars book provides a space on each page for drawings or notes. So there’s a space under each Star which asks a sensitive question about how the reader is feeling.

I would love any feedback on this blog.